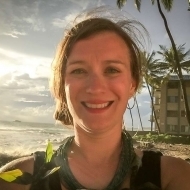 History’s Darker Side: The Slave Route in Ouidah, Benin

History’s Darker Side: The Slave Route in Ouidah, Benin

It's required to have a guide from the local tourist office for the trip to Porte de Non Retour. Make sure to stop and arrange one before you make your way down the slave route.

There are minimal places to stop for the bathroom during the day, so make sure you and the kids go whenever you can. Also, carry a bit of toilet paper, just in case you need a side-of-the-road stop!

Le Musee de la Fondation Zinsou is closed on Mondays, so it's best to visit between Tuesday and Sunday.

Recommended time of the year

It can get quite hot in May and June, so avoid these months if possible. The best time to visit Ouidah is November to January.

Looking for an off-the-beaten-path Africa family vacation? How about Ouidah, Benin? Ouidah was one of the largest slave trading ports in West Africa, with an estimated 1 million slaves being shipped from here. A day exploring Ouidah with kids can include much more than just the slave history, touching on a variety of different aspects of Beninese culture. This itinerary begins with the slave history at Musee d'Histoire de Ouidah (Ouidah History Museum), and then follows the slave route out to the coast. Learn about the traditional African Vodoun religion at the Temple des Pythons (Python Temple), and get the chance to hold a snake. Get a glimpse into the modern art movement in Benin at Le Musee de la Fondation Zinsou (The Zinsou Foundation Museum), before ending the day with a guided tour of the original slave route to Porte de Non Retour (The Gate of No Return). It’s a truly unique experience for any family trip to Africa.
SHARE  EMAIL / FACEBOOK / TWITTER / PINTEREST
ORIGINALLY VETTED:
09 November, 2016 with 4 year old, 6 year old

The Musee d'Histoire de Ouidah (Ouidah History Museum) provides an excellent starting point to learn a bit about the slave trade history of West Africa before exploring some of the related sites. The museum is small enough to be easily explored without losing a kid's attention, and the grounds are relatively large and nicely shaded. It's possible to talk about the slave trade as much or as little as you think your kids can handle.The entrance fee includes an English- or French-speaking guide. We found our guides to be very knowledgeable about the slaving history, as well as the history of the Dahomey Kingdom, which played an integral role in the slave trade. The guide will explain the significance of the Dahomey Kingdom and the role played by the local kings. There are a number of displays with artifacts of things the kings received in exchange for selling their own subjects to the slavers. There's also items in the exhibits that were used directly in the slave trade itself.After
DIRECTIONS The Musee d'Histoire de Ouidah is in an old Portuguese fort on the east side of town. It's situated at the crossroad between Rue van Vollenhoven and Routes des Esclaves.
TIP You may have to barter a bit, but you should be able to get your kids in for the local entrance fee, as opposed to paying the adult foreigner price for everyone. There's a bathroom at the museum, so make sure you take the kids before leaving, as restrooms can be hard to come across here!

The Python is a very important animal in the Animist (or Voudoun) religion and the Python Temple is a place for locals to come and worship. There are a number of shrines, or fetishes, set up around the temple. Many of these will contain small offerings of food, animal blood or feathers. It's not gruesome, just something to be aware of before entering. The pythons are housed within the Python Temple itself, so they're not crawling all over the place. One of the attendants will be happy to let you hold a python if you'd like, but you don't have to! If you're scared of snakes, you can easily enter without having to come face-to-face with one during your visit.This doesn't need to be a long stop, but it is interesting to learn a bit about the traditional West African religion, also known as Voudoun (Voodoo) or Animism.
DIRECTIONS Walk about 5 blocks east down Rue van Vollenhoven from the Musee d'Histoire de Ouidah. Once you reach the taxi stand, turn right (north), walk a block, and you'll run into the Python Temple, ahead on your left.
TIP The snakes are quite calm and docile, but warn your kids about it beforehand. And make sure you bring some kind of hand sanitizer or hand wipes for after the snake holding!

After spending a few hours outside, you and your kids might be ready for a little break. Le Musee de la Fondation Zinsou (The Zinsou Foundation Museum) is in a beautiful old colonial house, with air-conditioned rooms! It's almost worth it just for the A/C.There are a few English-speaking guides available to give you a short tour of the museum. All the art is modern and created by Beninese nationals. The exhibits sometimes rotate, but at the time of our visit, there was an interesting sculpture exhibit on the second floor that just fascinated my nuggets. The sculptures depicted different facets of life in Benin, which my girls found captivating, and many had a political undertone that was explained to us by our guide. It provided a unique look into life in Benin today, and the problems faced by the average Beninese citizen.After your short tour, take a break with a cold soda or fruit smoothie in the lovely little cafe downstairs. The couches are comfy, and the food is delicious. It
DIRECTIONS Walk 2 blocks north of the Python Temple. You’ll soon see a beautiful yellow building. This building houses Le Musee de la Fondation Zinsou.
TIP Many of the tables here are more like couches with a coffee table rather than a regular table. They're comfy, but not ideal for eating with little kids. Make sure you grab one of the normal tables if you're planning on eating at the cafe.

Unnamed Road,
$$$
The Slave Route begins at Place Chacha, the location of the former slave market. Nothing remains to remind the onlooker of the horrible history of this spot. This was the start of the long, hot march toward Porte de Non Retour (the Gate of No Return).It's possible to walk or drive the slave route, stopping along the way to look at the statues of the symbols of many of the great Abomey kings. While you learn about the kings, you can ponder how they could trade their own people to the slavers. There are a few detours along the way.Finally, about 4 km (2.5 miles) later, you will reach Porte de Non Retour. This is the place where an estimated 12 million African people were loaded onto ships and sent as slaves to the New World, the U.S. When we visited, we were the only tourists. Looking out to the sea, with no one around, was such a stark contrast to the mass chaos that must have existed in the past when a ship was in port. The disparity between the two scenarios made it even more pro
DIRECTIONS If you've already made arrangements with a guide, it's best to have your guide meet you at Place Chacha as this is the official beginning of the Slave Route. From Musee de la Fondation Zinsou, head south in the direction of the Temple des Pythons until you reach Rue van Vollenhoven. Turn right and walk two blocks, and you'll be at the northeast corner of Place Chacha. Turn left at the large yellow building, and you'll be able to see a large tree and a statue to your right.
TIP It's a long way from Place Chacha to Porte de Non Retour, so I would suggest hiring a car or, at the very least, a moto-taxi. It's possible to stop at as many of the kings’ statues as you'd like, but it can become a bit tedious. Let your guide know that you'd like to learn about a few of the most important places, and skip the rest!
SHARE  EMAIL / FACEBOOK / TWITTER / PINTEREST

Amsterdam With Kids: A Family Playdate at Vondelpark

Van Gogh for Kids: A Special Day in Amsterdam

Switzerland With Kids: A Unique Day in Zermatt

We’re so excited that you want to be on our podcast! We will be in touch soon.

We need a few more details before you can unlock the full benefits
of being a nugget member.

We need a few more details before you can unlock the full benefits of being a nugget member.

We need a few more details before you can unlock the full benefits of being a nugget member.