podcast> FOR Kids > Africa for Kids: Living Next to the Namib Desert

Africa for Kids: Living Next to the Namib Desert

Welcome to Namibia — home to one of the oldest deserts in the world, the Namib Desert. In this Go With Nugget for Kids podcast episode, we meet Clive, who shares with us what it’s like growing up next to the Namib Desert. His hometown, Swakopmund, is nestled between the desert and the Atlantic Ocean. You’ll learn about his school, his favorite food and what it’s like to roll down one of the largest sand dunes in Africa.

Subscribe to our travel podcast in your favorite podcast app. The best part, it’s completely free!

MAP OF AFRICA: WHERE IN THE WORLD IS NAMIBIA?

Namibia is a country in West Africa, and it shares borders with Angola and Zambia in the north, Botswana in the east, and South Africa in the south. The western part of the country faces the Atlantic Ocean. Namibia is home to two major deserts, the Namib Desert, and the Kalahari Desert. Its total population is only 2.5 million people, which makes it one of the least populated countries in the world. The largest city in Namibia is its capital city, Windhoek. In this episode, we visit 9-year-old Clive, who lives in Swakopmund, a small coastal town about 3.5 hours west of Windhoek.

Clive’s family has started a small vegetable garden, where his family grows sweet potatoes, tomatoes, pumpkins, spinach and beetroot. As we learn in this podcast episode, Clive helps water the vegetables, as well as the lawn and palm trees.

The lawn in front of the house. Photo: Clive’s family.

When Clive is not helping out in the garden, he loves to meet his friends at the beach, play in the sand and play soccer. He also loves ice cream!

Clive also plays hockey after school, both indoors and outside.

Clive at home in his school uniform.
Photo: Clive’s family.

Curious about visiting Namibia with kids? See what our Nugget contributors recommend for families.

One of Clive’s favorite traditional foods is sorghum porridge with sour milk. Sorghum is a grain that’s drought and heat-resistant, and thus very popular in arid countries, such as Namibia. Clive also likes dried beans with corn, which in Yeyi is called tsoli. Another favorite traditional food of his is wild spinach, which is called mundambi. Because Clive’s family lives by the ocean, they also have access to fresh seafood. Some of the fish they eat are hake and angelfish, also called brama brama, which are indigenous to Namibia. And, of course, they also have dessert in Namibia. Clive’s favorite is homemade ice cream with frozen bananas, soy milk and cocoa powder. His mother also bakes a traditional cake from pearl millet that Clive loves to eat. In Clive’s native language, this grain is called mahangu, and it’s another grain that grows well in dry regions. Scientists have found that mahangu (pearl millet) has been grown in parts of Africa since at least 2000 BC.

AFRICA FOR KIDS: WHAT LANGUAGES DO THEY SPEAK?

Clive speaks five languages: English, German, Afrikaans, Silozi and Yeyi. Here are a few words in Silozi that you can practice at home or in school.

HELLO, HOW ARE YOU?:

In the podcast episode, Clive talks about a special handshake he uses to greet friends and family. Watch the video below and practice with your friends!

AFRICA FOR KIDS: THE NAMIB DESERT

The Namib Desert is often considered one of the oldest deserts in the world and it’s an iconic landmark of Namibia. Scientists believe the desert has existed for at least 55 million years. Today, it stretches for over 1,200 miles (2,000 km) along the Atlantic Ocean and is home to a surprising number of desert-adapted animals, such as springboks, oryx, ostriches, snakes, lizards and the endemic “fog beetles.” These beetles are able to collect water on their backs from the coastal fog and let it drip into their mouths. Because the Namib Desert is near the ocean, its coastal regions benefit from a thick fog that covers the area for an average of 180 days a year. The fog is created by the cool Benguela Current, which flows in the Atlantic Ocean along the African continent. The current cools the air above the water, which then moves inland and creates fog underneath a layer of warmer and drier desert air.

An ostrich racing through the desert.
Photo: Ranjana Armstrong

A group of oryx grazing at the edge of the desert.
Photo: Ranjana Armstrong

A springbok near a water hole.
Photo: Ranjana Armstrong

In the northern part of the Namib, where there is access to underground or surface water, you may even see desert-adapted elephants. These desert elephants can walk up to 44 miles (70 km) at night to get from one water hole to the next. Because they walk so much in the sand, their feet tend to be wider than those of their relatives in nondesert regions. Their legs are also longer, and their bodies are smaller

A desert elephant with her baby. Photo: Ranjana Armstrong

The Namib Desert is also home to some of the largest dunes in the world. In this podcast episode, Clive shares how his family visits Dune 7 near his hometown, Swakopmund. The dune is approximately 1,256 feet (383 m) tall. For comparison, the Empire State Building is 1,250 feet (380 m) tall without its antenna. Listen to how Clive loves running down the dune!

Clive is climbing Dune 7 with his family.
Photo: Clive’s family.

Would you like to visit the Namib Desert with your kids? Get the inside scoop on how to experience Namibia with kids.

This episode would not have been possible without Clive and his family who worked with us through technical difficulties and rowdy cousins to get this wonderful account of what it’s like to live next to the Namib desert. Thank you so much!

The theme song for Go With Nuggets for Kids is produced by Andrew & Polly from the musical kids podcast Ear Snacks.

Go With Nugget for Kids is a proud member of Kids Listen, an international organization of advocates for highquality audio content for children. If you love kids podcast, go check them out!

MORE EPISODES FOR KIDS AND PARENTS 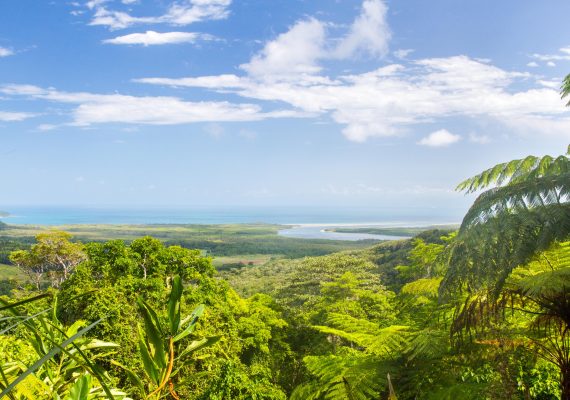 Australia for Kids: Living Between the Rainforest and the Reef

Meet 9-year-old Yindali and discover what it’s like to be a kid in Tropical North Queensland, Australia, living where the rainforest meets the sea. 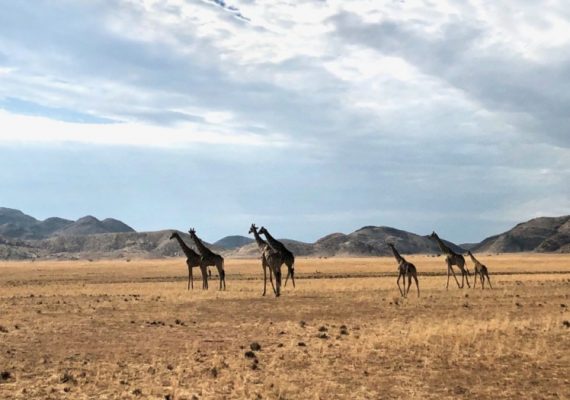 Does your family dream of an African safari? Discover why Namibia is the perfect place for a family-friendly safari, and get the inside scoop on how to plan your own trip.

Brazil for Kids: Explore Gems and Minerals, Rivers and Wildlife

Meet 12-year-old Theo and discover what it’s like to be a kid in Belo Horizonte, Brazil. Learn about amazing rocks, gemstones and fishing for piranhas! 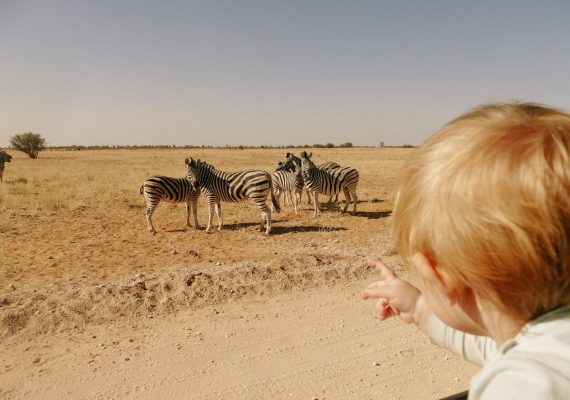 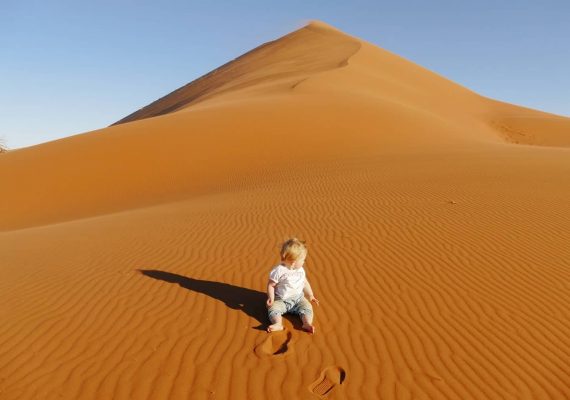 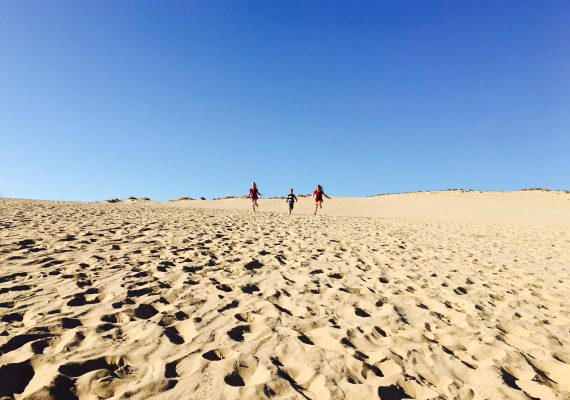 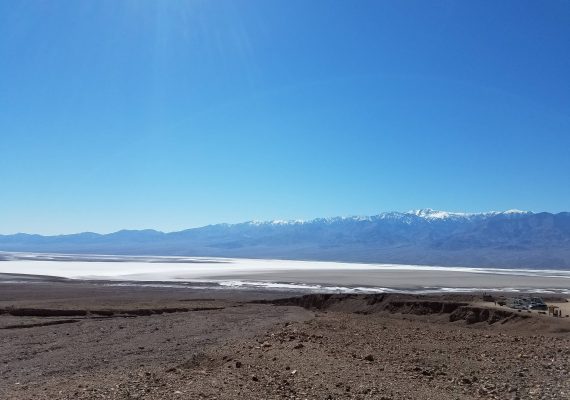 A Day in Death Valley With Kids